Driving from Punta Arenas down to Torres del Paine National Park feels like driving into the ends of the earth. In fact, the very road is called ruta del fin del mundo (route of the end of the world). Patagonia is breathtaking, and probably unlike anything you’ve ever seen before, from its crystalline lakes, to its sprawling glaciers and the vast mountain ranges. That’s all just talk though … ironically the same talk that people told me before I went. Before even setting foot on the plane, I knew it was going to beautiful. I knew it was going to be unreal, and I knew I was going to love it … but I didn’t really understand it. Then, as we drove down to Torres del Paine National Park, and stopped at our first lookout point, I felt it – that sacred truth that everyone had told me. This place is out of this world.

Patagonia is incredible, but it’s a bit of a trek (the journey’s half the adventure, right?). For all you travellers who love to be spontaneous, I hate to break it to you, a trip to the end of the earth requires a bit of planning. Fortunately, I’ve been there, done that, and can give you a hand.

This post may contain compensated links, which means at no cost to you, I earn a commission. Read our disclaimer here. 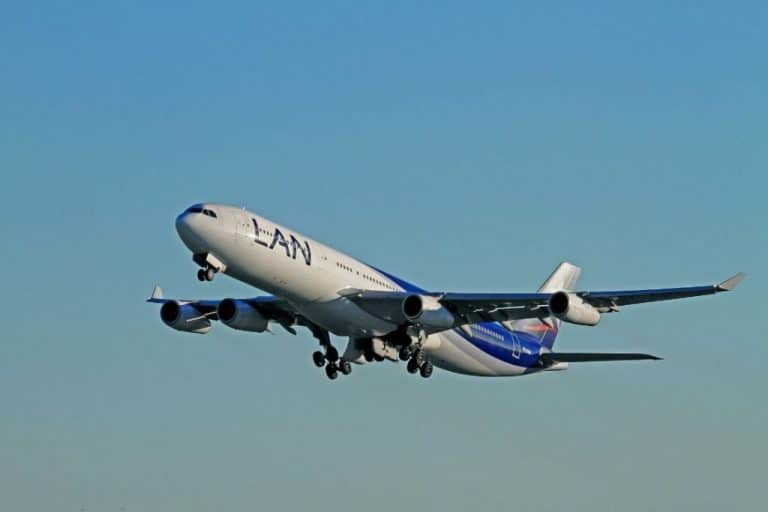 First you’ll need to get a flight to Santiago, Chile. I recommend you don’t directly go from Santiago to Patagonia. Spend a few days in and around the city. From enjoying the nightlife to exploring the history, I guarantee it’s worth a visit. Need some extra advice? Check out this helpful guide!

Once in Santiago, you’ll need a flight to Punta Arenas. I recommend traveling with LAN Airlines and try booking in advance as there are limited flights on small planes. The trip is about three and a half hours, so download a podcast or grab a book.

Your next leg of the journey will be getting from the airport to the park, or Puerto Natales (the nearest town to the park). The drive to Puerto Natales, which is a great pitstop if you are staying near the park, is three hours away. From there it’s another hour to Torres del Paine National Park’s entrance. Accommodation and getting around the park

To get to your hotel, whether it be in the park or in Puerto Natales, you have a few options. First, your hotel may have a shuttle that will pick you, so make sure you check that upon booking. Sometimes though, these shuttles come at very inconvenient times, so definitely don’t rely on it. Your other options include renting a car or taking the bus.

If you rent a car you will have the freedom to travel and drive at your own pace and on your own timeline. However, the roads can be a bit tricky the closer you get to the park – and they are very tricky inside the park. Your next option is taking a bus to Puerto Natales. The bus runs every hour and at about $10USD it is very affordable. However, it’s a long, bumpy drive to be on a bus, and you’ll still have to figure out transport to your hotel. Next you’ll want to decide what you want to do in the park. When I went to Torres del Paine, I traveled with my parents, so my trip was much different than if I were alone or with friends. My parents wanted active leisure, meaning they wanted to hike, be outside,  but return to a warm, cozy hotel at the end of a long day. To accommodate this, we went with one of our LocalAventura guides, Felipe and Nili, who picked us up from our hotel every day and took us on day trips. It was excellent and very convenient.

Exploring the park with a guide

We really appreciated how the guides moulded our trip to our specific needs and took us to outstanding off-the-beaten path sights. Felipe, who grew up in the area, is such an expert and he was able to tell us really interesting facts about the park that we would have otherwise missed without a guide. Also they prepared for us some amazing picnics, right there in the park!

Overall, I recommend a guide if you are looking to take the stress away from planning.

The most popular way to see the park is by trekking. There are two routes, the W-circuit, which is five days, and the O-circuit, which is ten days. Unless you are a really intense hiker, our guide Felipe, who is an expert on the park, recommends sticking to the W. Also if you want to do either trails, it’s best to go with a guide, unless you have a lot of experience.

​Felipe had been working in the park for over 12 years – he grew up in the area and knew every single corner of the park. If I were to go on the trek, I couldn’t imagine going with anyone but him. Felipe and his fiancée, Nili, host an array of versions of the W. They can take you on modified versions that are easier while still taking you to the highlights.
​
If you want to go it without a guide, you should be an expert trekker (or traveling with an expert) and your entire party must be in excellent shape. And it’s important to stay on the trail and to get to your destinations before nightfall, so I recommend you do thorough research beforehand!

If you want to go it without a guide, you should be an expert trekker (or traveling with an expert) and your entire party must be in excellent shape. And it’s important to stay on the trail and to get to your destinations before nightfall, so I recommend you do thorough research beforehand! Another option to go it alone is by renting a car. To do this, research treks and locations in the park beforehand and plan your own day trips. This is a great option because it allows you to explore on your own and decide you activities on a day-to-day basis, depending on your mood. Remember, the roads in the park and the surrounding area are very difficult to drive on, so make sure your car rental is sturdy!

If you are trekking the W-circuit you have two options. You can either camp or you can stay in the refugios (mountain lodges). The lodges are warm and comfortable, but fairly minimalistic. They book up fast, so if you want to stay in them you have to plan ahead. Luckily, if you decide to travel with a local guide, they’ll make the reservations for you. If you want to stay in a tent, your local guide will also handle camping supplies. This option is cheaper than the refugios, but certainly much less comfortable.

If you are taking day trips, I recommend staying in the park or close to the park. I stayed in the Hotel Rio Serrano (near the Serrano River), which was a very nice, large hotel with a huge breakfast buffet. Many of the hotels, including Rio Serrano, have all-inclusive deals where the hotel guides will take you on excursions each day. I recommend avoiding this, as the excursions are usually with big groups, are impersonal, and aren’t very high-quality. For a more personalised experience, it’s best to go off-the-beaten path with a local. ​ What you can't miss

When I went to Torres del Paine, I expected incredible nature and to go on lots of hikes. However, the trip was filled with unexpected moments that I will never forget. Here’s my top six highlights that you may not have known before

The Calafate is the berry of Patagonia, similar to a blueberry but a bit more sweet. Mix the Patagonian berry with the national drink of Chile, a Pisco Sour, and you get a tasty combo. Make sure to give this sour and sweet cocktail a try, and ask a local about the legend of the calafate while you’re at it.

Imagine galloping on horseback as you passing by bright blue lakes, with glaciers shining in the background. The experience is something of fairy tales, Lord of the Rings, or Game of Thrones. Whichever your fandom may be inclined towards, this is an absolute can’t miss.

Asado is a traditional Chilean barbecue. While it’s served all over the country, in Patagonia it’s especially delicious – must be something about wood burning grills, smoking in the brisk sub-arctic air. I recommend the lamb or the salmon, plenty of charred veggies, all with a bottle of Chilean wine. Restaurants in Puerto Natales serve up traditional asado, but if you can get a local to make it, it’s even better!

Because of the harsh climate, wildlife may seem a bit sparse in Torres del Paine. However, this doesn’t mean you shouldn’t keep your eyes peeled. If you do, you’ll find some colorful creatures in the area. First look out for the guanacos (they aren’t hard to spot), the Patagonian cousin to the llama. Then watch out for the outstanding national bird of Chile, the Condor, which is best spotted on hikes.

​If you are really lucky, you can maybe even spot a puma. These are tough to find, and only come out early in the morning or at night. If you really want to see one, tell your guide and they may be able to take you on a special puma safari. Keep an eye open, and you’ll find some cave paintings in the park remaining from the indigenous people. Learning about the native people of the land was really fascinating and made me understand the history of the park even more. It really helped me gain a deeper appreciation for my surroundings. Seeing these ancient cave paintings was perhaps one of the coolest, most unexpected surprises of the park.

Wake up early one day. It’s worth it!

Some ideas to extend your trip

So you’ve finished your trip, and you’re not quite ready to give up paradise. Good news is, it’s easy to extend your trip from here. A few options to consider next is Puerto Varas or The Lakes District and Villarrica volcano, in Chile.   If you’re interested in heading to Argentina, check out El Chalten, Barioloche, or El Calafate. If you want to extend your South American experience, why not try trekking in Ecuador for a different take on this diverse continent.

This article was kindly written for us by Stephanie Cohn, a team member at Local Aventura. She loves exploring Latin America and helping others to get out there and explore it for themselves.

Save me for later! LOVE ADVENTURE? THESE POSTS ARE FOR YOU

Where to Kayak the Murray River

What you need to know about visiting Dartmoor Otter Sanctuary

The best Melbourne summer things to do [2019]

28 thoughts on “Exploring Patagonia: A Once in a Life Time Adventure”