According to my font of knowledge of all things British (my friend Gary), an anorak is someone who bird watches, or train spots, or does a bit of a nerdy hobby almost obsessively, generally requiring an anorak due to the weather conditions. Well this weekend, we found ourselves amongst the anoraks (in our anoraks) on the Bluebell Railway.

​A former rail route, the Bluebell rail line was closed down in the 60’s and then reopened when a group of volunteers created the Bluebell train society, bought a heap of steam carriages and set to create a scenic railway. Run mostly by volunteers, we didn’t begrudge the 17 pound train fair, and set off in a 1800’s carriage for the 45 minute ride.

We rode through farms, through tunnels, over bridges and saw a surprising number of middle aged men in anoraks train spotting as we rode on by. There was something satisfying about riding in such an old train that had been lovingly restored. It was at this point, with a cheeky grin, Pete threatened to take up model train making. I guess it was only fair since I’d threatened to start collecting snow globes at Stonehenge the weekend prior. Luckily, he was kidding and the transformation into anorak wasn’t solidified.

Enjoying the simple things in life

In order to make the most of things here, we often find ourselves going for hikes where the only passers by are nannas, enjoying steam train rides with families and nannas or speeding past nannas on our bikes. One such biking adventure lead us to a wrong turn down a one way street where we found ourselves square in the middle of a traveller settlement, wagons and all. Luckily we were soon on our way enjoying something East Sussex is abundant in….(no not nannas)…..hills.

​Now I am not great on the bike. Yes, you could call me uncoordinated. A few weekends ago whilst trying to get onto my bike down a hill I toppled over and burst a blood vessel in my finger. I am also not very good at going around corners. I have improved, but Pete still helps me up some of the bigger hills!

We are enjoying finding pleasure in the simple things in life and whilst booking our bigger trips abroad to explore new countries is beyond exciting, we are getting a sustained enjoyment from our weekend adventures, even if it is a 30 minute cycle to the next suburb and back. By summer I am hoping to make it up those bigger hills by myself and I’ll be the little engine who can, rather than the one getting a nudge up that hill.

P.S If I start blogging about collecting snow globes and Pete starts making model trains please visit us and save us from ourselves. Its been a long winter 🙂 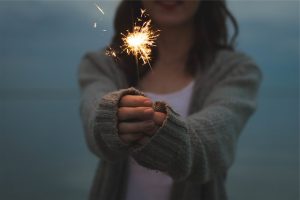 The Burning of the Clocks Festival: What to see and do